When employees are asked what they like most about Red Oak, virtually everyone in the company says, “The People.”

We are a diverse group of individuals – over 60 strong – who work together in innovative and unexpected ways to deliver value to our parent companies.

As President of Red Oak Sourcing, Punit is at the helm of a multi-billion-dollar generic portfolio. Punit oversees all aspects of Red Oak’s business including setting and implementing the strategic roadmap, overseeing supplier relationships, managing financial obligations as well as day-to-day operations, and coordinating and collaborating with Red Oak’s stakeholders – CVS Health and Cardinal Health.

Punit has more than 18 years of experience in the generic pharmaceutical marketplace.  His deep understanding of the complex generic pharmaceutical market, coupled with his people leadership and results-driven style, allows Red Oak to translate long-term strategy into actionable plans and shape day-to-day operations that support Red Oak’s lasting vision.  Punit’s unique ability to lead across Red Oak as well as partner with suppliers is essential to bringing value to our parent organizations and the customers they serve.

Prior to joining Red Oak in 2014, Punit worked at Novartis Vaccines & Diagnostics where he served as U.S. Head of National, Federal Accounts and Market Access. Before that, he had a 12-year career at CVS Caremark where he progressed from pharmacy intern to Director of Pharmacy Merchandising, where he was responsible for brand pharmaceutical purchasing, returns, recalls, and PBM formulary access.

Punit is a licensed pharmacist who earned his Doctor of Pharmacy from Massachusetts College of Pharmacy and Allied Health Sciences.  He currently serves on the Board of Directors for the Easton Old Colony YMCA.

Punit lives in Massachusetts with his wife and two daughters.  He is an avid podcast listener and is passionate about health and fitness.

Chuck is the Vice President of Strategy & Analytics at Red Oak Sourcing.  In this role, Chuck is primarily responsible for overseeing all aspects of Red Oak’s strategy and business development, including long-term strategic planning, support of new initiatives and day-to-day business operations.  Under Chuck’s leadership, his team is responsible for deep data analytics, market trend analysis and industry strategy. Chuck joined Red Oak Sourcing as a founding member in 2014 and served as Director of Pharmaceutical Sourcing where he was responsible for managing executive supplier relationships as well as managing the Red Oak generics portfolio.  The following year, he was promoted to Senior Director, Pharmaceutical Sourcing and his role was expanded to include responsibility for the Red Oak Operations team.  Operations is responsible for executing strategic initiatives that ensure continuity of supply for our parent companies and this experience gave Chuck valuable perspective to bring to his new role as Vice President, Strategy & Analytics.  Chuck has over 15 years of experience in organizational development and strategy consulting.

Prior to joining Red Oak, Chuck was Director of Generic Sourcing at CVS Caremark where he managed product decisions across the CVS Caremark enterprise (Retail and PBM).  Before that, Chuck built a career in management consulting where he gained experience and subject matter expertise across a wide variety of industries including retail, government, and financial services.

Chuck lives in Massachusetts with his wife and three children.  He enjoys rowing and tennis. 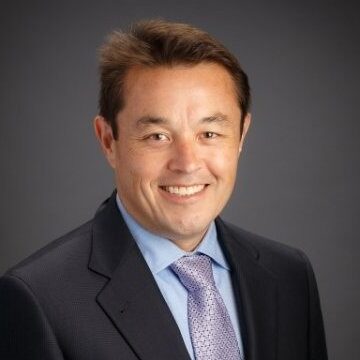 As General Counsel of Red Oak Sourcing, Charlie oversees and manages the Company’s legal affairs and advises on matters of governance. In this role, Charlie is the chief legal advisor and a strategic partner to the President and the entire Senior Leadership Team. As an integral member of the broader Red Oak business team, Charlie partners with his colleagues to achieve Red Oak’s commercial objectives while ensuring that the organization stays true to its high standards of legal and ethical conduct. Charlie also collaborates with his counterparts at Red Oak’s parent companies, CVS Health and Cardinal Health, on a variety of legal and regulatory matters of common interest. Finally, Charlie serves as Secretary of Red Oak’s Board of Directors.

Prior to joining Red Oak, Charlie practiced as an in-house attorney with Cardinal Health for more than 17 years.  Most recently and for the majority of his tenure at the Fortune 14 company, he served as Vice President, Associate General Counsel, for Cardinal Health’s Pharmaceutical segment. In that role, he was the lead attorney for all strategic and commercial aspects of Cardinal Health’s pharmaceutical sourcing activities.  It was in this capacity that Charlie first had the opportunity to work closely with Red Oak and CVS Health on a variety of strategic and sourcing-related topics.  Before taking on a role as a commercial attorney, Charlie was Assistant General Counsel, Mergers & Acquisitions, where he advised Cardinal Health’s Corporate Development team on various corporate transactions, including M&A and equity and debt investments.

Charlie began his career in California at a leading Silicon Valley law firm, and before joining Cardinal Health, practiced with the international law firm of Baker & McKenzie at its headquarters in Chicago.

Charlie holds a Bachelor of Arts from the University of Notre Dame and a Juris Doctor from Stanford Law School.

Dan is a founding member of Red Oak Sourcing and serves as our Vice President of Finance.  In this role, he is responsible for budgeting and forecasting all elements of generic cost of goods sold for both parent organizations, the memorialization of all vendor contracts in our internal system, the communication and reconciliation of all price changes, as well as the preparation of all internal and external reporting and analysis.  He is an integral member of the Red Oak team and an essential partner to CVS Health and Cardinal Health.

Before joining Red Oak in 2014, Dan had several roles across his 19-year career at CVS Health.  His most recent position was as Senior Director, Inventory & Gross Margin where he oversaw the sales and gross margin budget process for the Front Store and Pharmacy businesses.  In this role, he was responsible for a combined budget of $66.9B in sales and $21.5B in margin.  Prior to that Dan held a variety of leadership roles that, in part, contributed significantly to the transition of CVS Health’s various acquisitions such as Revco Drug, Arbor Drug, Eckerd Drug, Longs and Albertsons Supermarkets.

Dan holds a Bachelor of Science in Accounting and a Master’s in Business Administration from the University of Rhode Island.

Dan lives in Massachusetts with his wife and they have two daughters.  He is also an avid runner, having completed the Washington, D.C. marathon, along with numerous half marathons.

As Vice President of Strategic Pharmaceutical Sourcing, Mike is primarily responsible for leading a team of talented industry professionals in driving cost effective sourcing activities in support of the business and customers of CVS Health and Cardinal Health.  Mike’s scope of work includes supply contract negotiations, generic sourcing development, generic pipeline management and maintaining relationships with over 100 global suppliers.  He joined Red Oak as a founding member and Director of Pharmaceutical Sourcing, and plays an integral part in building the unique and innovative sourcing program we have today.  In 2016, Mike was promoted to Senior Director of Pharmaceutical Sourcing where he was engaged in business development projects that maximized supply while helping to drive competitive advantage for our parent organizations.  In all, Mike has over 20 years of experience in the generic pharmaceutical marketplace.

Prior to joining Red Oak, Mike had multiple roles spanning a 17-year career with CVS Health. He began as a retail pharmacist and concluded his tenure as a Director of Pharmacy Merchandising.  His work across several divisions including pharmacy operations, pharmacy pricing and generic pharmaceutical sourcing made him a natural fit for Red Oak Sourcing.